Current Murrays Sports information regarding COVID-19 virus outbreak, our policy and status at this time. UPDATED 05/07/2021 We are open and shipping.
Current COVID-19 Notice

Where are my parts?!?! Unfortunately we have been experiencing some issues with all domestic and international shipping carriers
Click here for more information

Nearly two years after the release of our first SWING F-One has found the ultimate way to add surface to the wing without compromising lightness and performance. The new COMPACT WING CONCEPT adds more surface into a given wingspan. They have added two struts to the existing one in order to offer the most compact shape on the market for the larger sizes.

The two extra struts increase the wing’s surface without increasing the leading edge’s length. The trailing edge is completely controlled offering a lot of rigidity in the canopy and a reduced aspect ratio.

The patent pending Compact Wing Concept is a F-ONE innovation. This new design offers an easy to handle compact shape as well as amazing light wind riding sensations without any compromises.

With its two additional struts, this unique wing geometry allows for added surface into a given wingspan. 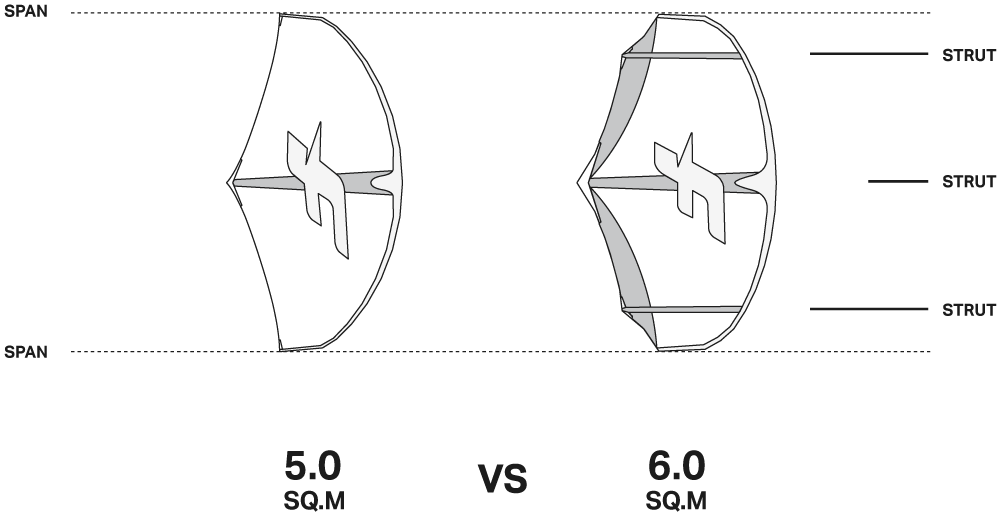 POWER
The wide surface of the wing allows you to enjoy the lightest winds. Pumping is super easy and gets you planning in no time.

MANEUVERABILITY
The reduced span makes the wing very maneuverable considering its wide surface. It is also easy to flip around when on the water.

CONTROL TOUCH
The additional struts add a curve in the wingtip. They naturally avoid the water even when bending your arms.  In case the wing touches the water, the tips just glide and stop you from falling.

The CWC in the Line
The Compact Wing Concept has been added to the STRIKE’s range offering 3 new sizes. 6.0m, 7.0m and 8.0m.

The CWC in Action

At the first wingfoil world tour event of the 2021 season, Mondial du Vent 2021 in Leucate, France, light conditions made it pretty tough for most of the competitors, yet Titouan Galea won the finals with the latest 6m CWC prototype which allowed him to ride at ease in under 10 knots.